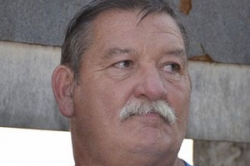 Wayne Burns of Tuscumbia, Ala., a long-time track promoter at Thunderhill Raceway in Summertown, Tenn., and Moulton (Ala.) Speedway, died Wednesday morning after a lengthy illness. He was 68.

Burns spent eight years as the owner and promoter Thunderhill before selling the facility in 2013, citing health concerns and the desire to spend more time with family. Burns had a heart attack in March 2013 and later had a pacemaker implanted.

Despite his health issues, Burns didn’t stay away from promoting very long. After a brief hiatus, Burns and his wife Carol took over promoting Moulton Speedway, where he’d been in charge of the day-to-day operations ever since. According to a post by Burns on the speedway’s Facebook page, he was currently planning an awards banquet for early February.

Before delving into promotions, Burns spent a number of years as a dirt racer, competing at North Alabama Speedway in his hometown of Tuscumbia, as well as other area tracks in north Alabama in his familiar yellow No. 182.

A former Marine who received several Purple Hearts for injuries he sustained in action in Vietnam, Burns was best known in Tuscumbia as the city’s former chief of police, a post he held nearly 20 years before retiring in 2002.

"He served our country well, and came back and dedicated his entire career to our community," current Tuscumbia Police Chief Tony Logan told the Florence (Ala.) Times-Daily. "It's a big loss for all of us from a law enforcement standpoint and a friendship standpoint."

Funeral arrangements will be announced by Morrison Funeral Home in Tuscumbia. Find details at morrisonfuneralhomes.com.