Editor's note: DirtonDirt.com's new DirtWire feature is a collection of quick-hitting tidbits from around the Dirt Late Model world:
November 811:28 AM ET
Posted by DirtonDirt.com staff 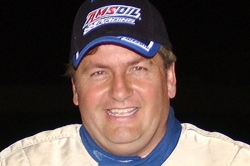 Former WISSOTA Challenge Series champion Duane Mahder of Eau Claire, Wis., died after a work-related accident Monday evening in Union, Wis., according to a Facebook post by the WISSOTA Promoter’s Association. He was 64.

Mahder, a seven-time winner on WISSOTA’s Late Model tour driving his No. 55, was among the most successful Late Model drivers in the region during a lengthy racing career that ended in 2009. Mahder's WCS title came in 2001, the tour's third season.

“He was always one of the nicest guys to chat with at the track,” former WISSOTA Challenge Series director Troy Powers posted on Facebook. “Thoughts and prayers are with the entire Mahder family.”

Mahder was part of a well-known racing family heavily involved in WISSOTA competition with his sons Chad, a current Late Model competitor, and Shawn following his tire tracks as racers. Duane Mahder's brother Ron was the 1993-’94 super stock division champion and Ron's son Cory competes in the modified division.

Visit lenmarkfh.com for a complete obituary.