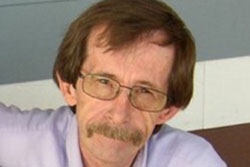 Stephen Michael Farr, a Pennsylvania native who lived in Roswell, Ga., worked more than 45 years in motorsports, first as a dirt track and drag racer and then for more than 30 years in the shock business including stints with Carrera Shocks, Pro Shocks and the last several years with Genesis.

Farr also served as a suspension consultant and crewed for NASCAR Hall of Famer Bobby Allison’s 1988 Winston Cup Team that won the Daytona 500.