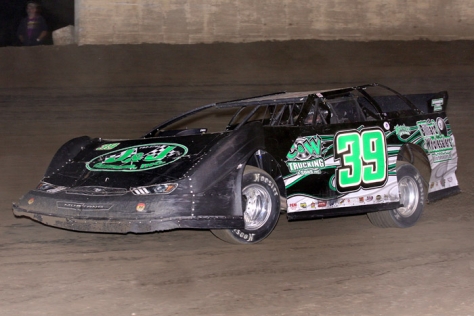 Toland adds the 2016 trophy to titles from 2001 and 2005. He won 10 features and local track crowns at his hometown Davenport Speedway and at Quad City Speedway. His Davenport title paid off with 15 bonus points, as Toland topped Luke Goedert of Guttenberg, Iowa, by an 800-797 margin for the national prize, worth a $5,500 share of the $21,300 point fund for the division.

Goedert won a division-leading 12 features and got 13 bonus points for winning the track championship at Maquoketa Speedway.

Rounding out the top five in the national points race were Iowans Darrel DeFrance of Marshalltown, Tyler Droste of Waterloo and Joel Callahan of Dubuque.