Editor's note: DirtonDirt.com's new DirtWire feature is a collection of quick-hitting tidbits from around the Dirt Late Model world:
July 2811:40 AM ET
Posted by DirtonDirt.com staff 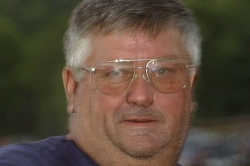 Wilson, a former winner on the NASCAR Busch All-Star Tour and a member of the Quincy (Ill.) Raceway Hall of Fame, competed for 45 seasons, making his final laps just two weeks before his death. His Busch All-Star victory came Oct. 2, 1993, at Hamilton County Speedway in Webster City, Iowa.

“Gary is one of the key people in the history of our track and racing in the region,” Quincy Race posted on its Facebook page, “and one that has passed his love for the sport to his family and so many others he touched or helped along the way.”

A Louisiana native, Wilson moved to Bowling Green after marrying his wife, Wanda. He worked as a heavy equipment operated and also was a mechanic, building race cars, including his familiar No. 55.

Along with his wife, Wilson is survived by two sons, Vance and Terry, along with three grandchildren and other family members.