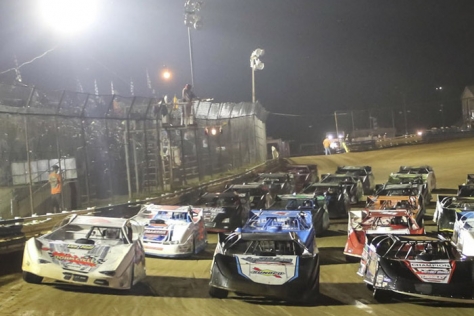 The Hillbilly 100 is returning to Tyler County Speedway, the track announced today.

The 48th Hillbilly 100, set for Sept. 3-4 and highlighted by Sunday’s $25,000-to-win Lucas Oil Late Model Dirt Series event, returns to the quarter-mile fairgrounds track that hosted the race from 1998-’09. Only the legendary Pennsboro (W.Va.) Speedway has hosted the event more.

I-77 Raceway Park in Ripley, Va., held the event the past four years, but recent flooding that personally affected I-77 promoter Kenney Newhouse triggered the event’s relocation. Before I-77 Raceway Park’s four-year stint, the 2011 event — scheduled for Portsmouth (Ohio) Raceway Park — was rained out and the 2010 version was held at the now-closed West Virginia Motor Speedway in Mineral Wells.

“Tyler County Speedway was my first choice upon reaching the decision to relocate this season,” said Short, who thanked I-77’s Newhouse and its fans. “(Tyler County is) second to none when it comes to racing action as well as the camping and atmosphere.”

Tyler County’s facilities have undergone a variety of improvements since its previous Hillbilly 100 including new lighting, additional seating and a new pit tower.

Besides the Super Late Model action, the weekend includes a $4,000-to-win event for steel-block engine Late Models, a $5,000-to-win Crate Late Model event and action in several other divisions.