Editor's note: DirtonDirt.com's new DirtWire feature is a collection of quick-hitting tidbits from around the Dirt Late Model world:
July 69:03 AM ET
Posted by DirtonDirt.com staff 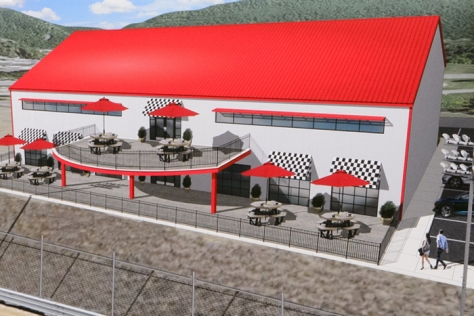 A volunteer group on Sunday unveiled renderings for an auto racing museum on the grounds of Bedford (Pa.) Speedway, the 80-year-old fairgrounds half-mile oval that’s the longest running active racetrack in Pennsylvania.

Plans and fund-raising are beginning for building a storehouse for the region’s rich racing history patterned off the Eastern Museum of Auto Racing in York Springs, Pa. Late Model drivers Eric Zembower and Jake Hoover are on the committee spearheading the effort along with Dave Harclerode, Bob Elbin Jr., Doug Arnold, Guy Calhoun and John Pittman, according to a report in the Bedford Gazette.

“I’m excited there’s a group of people interested in doing this, restoring it, and preserving it,” Hoover told the newspaper. “I think we owe it to all the people who have come before us. The ones who put in the time, effort, and hard work to get us to this point. We come as spectators a lot of the time and we don’t see the behind the scenes activity that goes on.”

The committee plans to operate the non-profit exhibition to highlight racing at Bedford and other surrounding tracks, partnering with the Community Foundation of the Alleghenies. Architects Stiffler McGraw of Hollidaysburg, Pa., donated the work to provide tentative renderings of a red-roofed building with checkered flag awnings.