Editor's note: DirtonDirt.com's new DirtWire feature is a collection of quick-hitting tidbits from around the Dirt Late Model world:
May 1010:10 AM ET
Posted by DirtonDirt.com staff 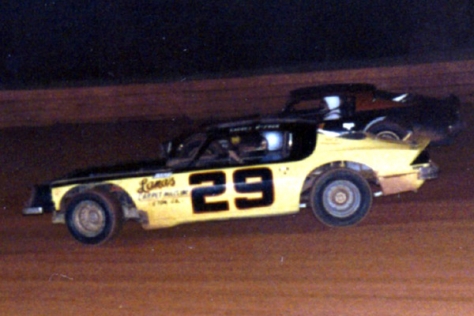 Albert “Snooks” Defoor of Chatsworth, Ga., the 1977 World 100 runner-up and frequent winner at dirt tracks in north Georgia and east Tennessee for many years, died Sunday at a Nashville, Tenn., hospital. He was 75.

Defoor, who was inducted into the Hall of Fame at Smoky Mountain Speedway in Maryville, Tenn., last year, competed from the 1960s into the 1980s, including events on the National Dirt Racing Association. Major victories included the 1976 Hall of Fame 200 at Atomic Speedway near Knoxville, Tenn., 1977’s Firecracker 100 at Newport (Tenn.) Speedway, 1981’s Happy Flounder Invitational at Tri-City Speedway in High Point, N.C., and 1983 and ’84 victories at Cleveland (Tenn.) Speedway’s Tennessee Memorial Run.

“Snooks has been part of racing in this area for many years and has had a profound influence on many drivers,” his hometown North Georgia Speedway posted on its Facebook page. “Lots of drivers talk about going to hang out at Snook's shop and watching an learning from a true legend. His No. 29 race cars made memories every where they went.”

Defoor’s biggest national splash came in 1997 at Ohio’s Eldora Speedway for the World 100, when he set fast time and led the first 30 laps of the World 100. He finished second to Doug Kenimer in the seventh annual race, Dirt Late Model racing’s most prestigious event.

Survivors include wife Rita and five children along with many children and great grandchildren.

Visitation is 3-9 p.m. Tuesday at Shawn Chapman Funeral Home in Chatsworth. The funeral is 4 p.m. Wednesday. Interment will be in Fairy Valley Cemetery. Visit shawnchapmanfh.com for a complete obituary.