Editor's note: DirtonDirt.com's new DirtWire feature is a collection of quick-hitting tidbits from around the Dirt Late Model world:
April 229:23 AM ET
Posted by DirtonDirt.com staff 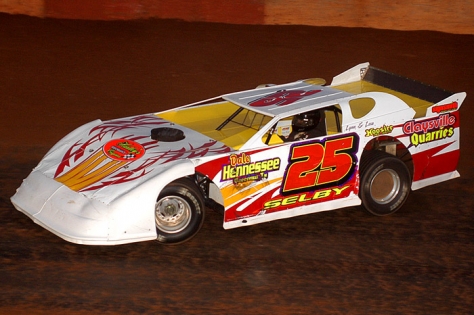 Long-time Tennessee dirt racer Lynn Selby, whose career stretched for 35 seasons, died Wednesday at his Crossville home. He was 58.

Running Limited Late Models and other divisions, Selby competed successfully with scores of feature victories at Tennessee tracks in his No. 25 race cars including Crossville, Atomic, Sparta, Spring City and Wartburg, according to his LuvRacin.com profile. He won the Atomic-Crossville modified street class champions in 1998.

His first feature victory came in a street stock race in Sparta in 1979, and he won as recently as 2011 in the Limited Late Model season finale at Crossville.

Editor's note: Updates with arrangements and other details.