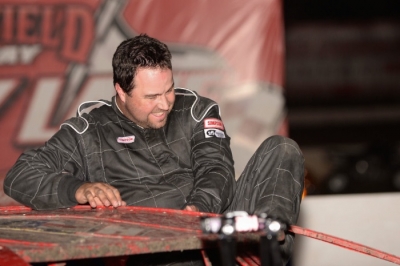 The sixth-starting Hogge pocketed $2,000 for his series-leading ninth career victory as he took the checkers ahead of pole-starting Nick Bartels of El Segundo, Calif. | Slideshow

Hogge was leading Wednesday’s feature in Las Vegas when he spun exiting turn four midway through the 25-lapper, handing the lead to Daly.