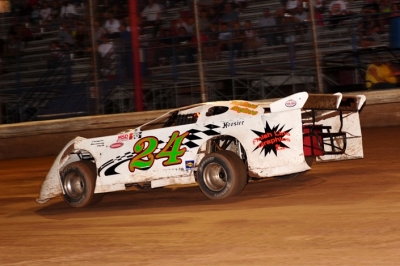 Defending series champion Ricky Thornton Jr. of Chandler, Ariz., started on the pole but ended up 15th in the 16-car field after engine failure knocked him out of the lead.

Belcher won his first series event July 2 at Thunder Raceway in Show Low, Ariz., in a race that was a late addition to the series schedule.