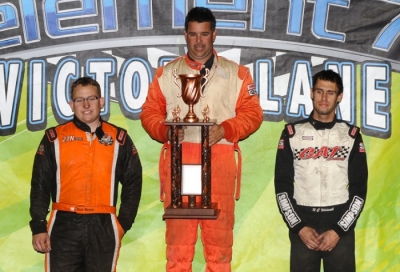 Bartels, winner of Friday's opener, started on the pole Saturday but settled for a second-place finish ahead of hometown driver R.C. Whitwell, who spun early in the 30-lapper but rallied back to finsh third. Clay Daly of Watsonville, Calif., and Lonnie Parker Jr. of El Mirage, Ariz., rounded out the top five.