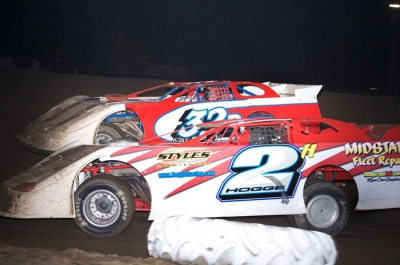 Daley, who took the lead from polesitter and fellow front-row starter Jeff Decker of Morgan Hill, Calif., on the second lap, settled for the runner-up spot with Chris Shannon of Merced, Calif., in third. Decker was fourth and 11th-starting Nick Bartels of El Segundo, Calif., rounded out the top five in an event that drew 15 cars.