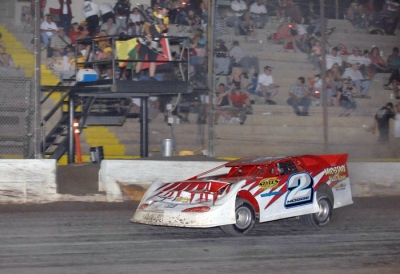 The sixth-starting Hogge earned $2,500 on Dick Sheperd Night in the lone series visit of the season to Bakersfield, where Shepherd won many track championships.