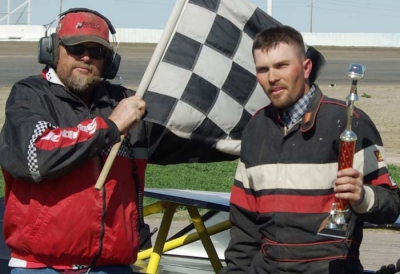 FORT MORGAN, Colo. (April 26) — Fourth-starting Scott Cimfl of Arvada, Colo., raced to a victory in the season opener at I-76 Speedway, his first-ever victory with the Colorado Late Model Association. Cimfl,who took the lead on the sixth lap, earned $1,200 for his Icebreaker victory. | Slideshow