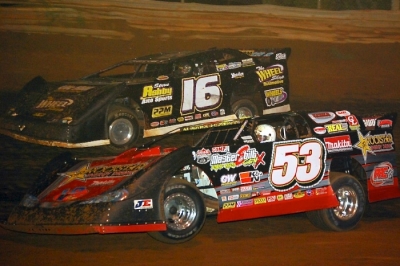 Anthony Burroughs of Muscle Shoals, Ala., was second followed by Terry English of Benton, Ky. Corey Posey of Petersburg, Tenn., and Riley Hickman of Ooltewah, Tenn., rounded out the top five at the quarter-mile oval.

Outside front-row starter Dustin Neat of Dunnville, Ky., fell from contention with a flat tire on the fifth lap. The only other caution appeared on the sixth lap when Tyler Landers cut down a tire.