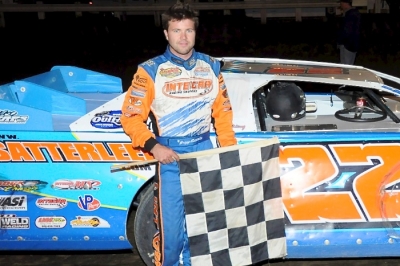 The fifth-starting Satterlee raced to a $2,000 victory in the co-sanctioned event, the first of his career on the UFO Race Championship and third with the Northern Tier United Late Model Series.

Jared Miley of South Park, Pa., who started alongside Satterlee on the third row, finished second in the 33-lap feature. Third-starting Steve Baker of Morgantown, W.Va., was third while Lynn Geisler of Cranberry Township, Pa., rallied from deep in the field to finish fourth. Brian Ruhlman of Clarklake, Mich., rounded out the top five.