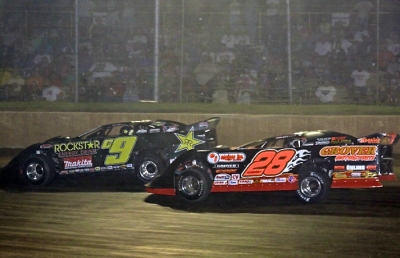 Carrier overtook polesitter Steve Casebolt of Richmond, Ind., with nine laps remaining in the 40-lapper en route to a $5,000 victory at the 3/8-mile oval. | Slideshow

"I didn't know if I could have got him if he didn't spin his tires off of (turn) two just a little bit," Carrier said. "This is a good way to start the Fourth of July weekend."

Among cautions were a lap-seven yellow for a Frank Heckenast Jr. spin and a lap-10 yellow when Brad Neat slowed.