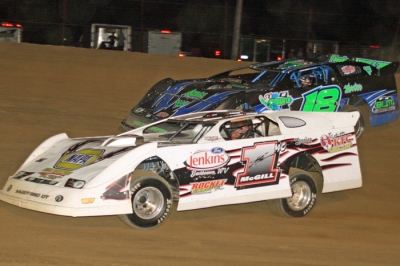 The only caution appeared on the fourth lap when Shawn Poling stopped after getting into the frontstretch fence.

McGill was in command all the way with Scott making challenges, especially when the frontrunners entered heavy lapped traffic with 10 laps remaining. McGill and Scott were side by side down the backstretch on lap 32, sandwiching a lapped car as McGill kept control and led the rest of the way for his first career series victory.