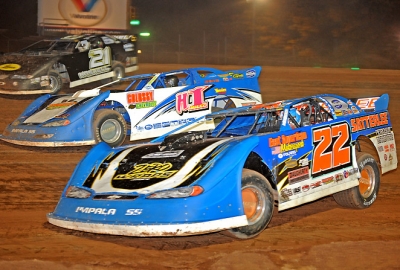 The polesitting Miley earned $3,000 for his victory in the non-touring DIRTcar Racing event, giving him three victories in the final four races of the season at the 4/10-mile oval.

Dave Hess Jr., Lernerville's track champion, made a late charge to nip Satterlee at the line for second while Brandon Burgoon of McDonald, Pa., finished fourth in his Lernerville debut. Matt Lux of Franklin, Pa., rounded out the top five while outside front-row starter Brian Ruhlman of Clarklake, Mich., faded to finish seventh.