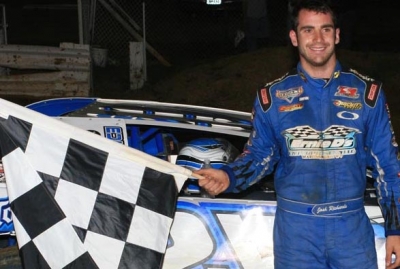 Richards and Spence started on the front row of the 50-lapper with Spence holding the point the first four laps, Richards took control on the fifth lap and was facing lapped traffic after just a dozen laps. Following a lap-17 caution for debris, Spence was hot on the heels of Richards, but couldn't find a way past. Richards held on to lead the rest of the way.