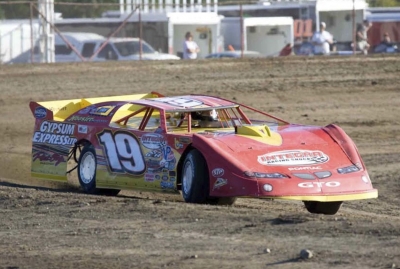 BROCKVILLE, Ontario (Aug. 12) — Tim Fuller of Watertown, N.Y., completed his sweep of the O'Reilly All Star doubleheader north of the border Thursday, leading the final 24 laps at Brockville Speedway for another $5,000 victory. Fuller added the checkered flag to Wednesday's triumph at Autodrome Granby in Quebec. | Slideshow

The third-starting Fuller overtook polesitter Jared Miley of South Park, Pa., on the 26th lap and led the rest of the way. Eighth-starting Gregg Satterlee of Rochester Mills, Pa., rallied to finish second with Miley third. Series points leader Robbie Blair of Titusville, Pa., was fourth and Boom Briggs of Bear Lake, Pa., rounded out the top five after leading the first seven laps from outside the front row.

Briggs took command early, but Miley stalked him through the early stages and pounced to take the lead on the eighth lap.

After back-to-back cautions on lap 13, Miley went back to work, but Fuller put on the pressure midway through the race and got enough traction exiting turn two to take the lead a lap before the final yellow on lap 27.

Satterlee took third from Briggs and later second from Miley, but Fuller cruised in the final laps for the victory.