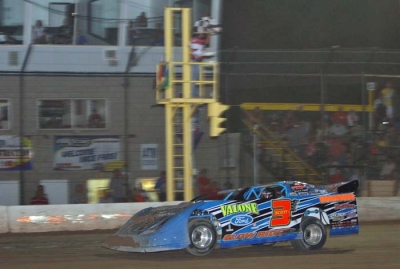 Valone, of Warren, Pa., led most of the caution-plagued feature and Scott began pressuring him midway through the race. When Valone tangled with the slower car of Jim Jones on the 24th lap, Scott made his winning move while Valone was shuffled back.