Briggs tops Blair for All Star victory at Sharon 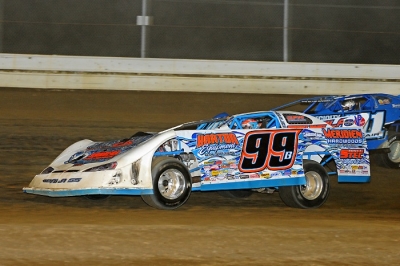 Briggs and Horton started on the front row with Briggs out front early. After a pair of cautions on laps 11 and 12, Blair put some pressure on Horton, who in turned pressured Briggs after a lap-16 caution. On the 21st lap, Horton went around Briggs to take the lead.

Briggs won the two-lap shootout to the finish, finishing nearly a second ahead of Blair while Horton settled for third.

The most serious of six cautions appeared following the lap-10 restart when Jared Hawkins, Jim Rasey, Chris Hackett, Matt Lux and Corey Ruffo were part of a turn-two scramble.