Briggs sneaks away with victory in All Star debut 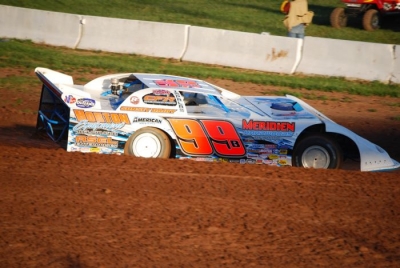 Boom Briggs tunes up before his $5,000 victory. (stivasonphotos.com)

Briggs took the lead from Satterlee with eight laps to go with a slide job exiting turn two. According to series reports, the slide job didn't clear Satterlee cleanly, as Briggs collected the left-front quarter-panel of Satterlee's machine, sending him spinning over the turn-two banking. Briggs held on for the remainder of the 50-lap main event to collect the $5,000 top prize. | Slideshow

Jason Covert led the first 31 laps of the race, and was about to relinquish the lead to Satterlee when mechanical problems ended the night of the three-time and defending MACS series champion. Satterlee was the race leader until the incident with Briggs in turn two with eight laps to go.