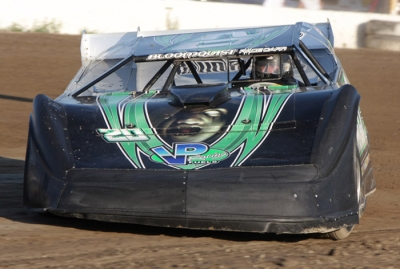 Despite dropping out of the top five early in the race, Owens earned $10,000 for his seventh series victory, tying Earl Pearson Jr. of Jacksonville, Fla., for top honors on the tour as he pulled away late in the 50-lap feature. Home-state driver Vic Coffey of Caledonia, N.Y., rallied from eighth to finish second followed by O’Neal, series points leader Scott Bloomquist of Mooresburg, Tenn., and Billy Decker of Unadilla, N.Y.

“Man, I didn’t know at the start if we picked the right tires or not," the 38-year-old Owens said. "We dropped back to sixth after starting on the front row, but I have to thank Vic Coffey for showing me that outside line. I was able to get the momentum I needed up there and once we caught up to O’Neal and passed him, the car was awesome.”

O’Neal, looking for his first series victory since February's Florida Speedweeks, bolted to the lead at the outset and fought off challenges from Decker and Dale McDowell of Rossville, Ga., early in the race. But Owens found his winning groove and worked around O’Neal on the 40th lap.

Coffey put on a late charge, taking second from O’Neal with four laps remaining while O’Neal was able to fend off Bloomquist in the final laps. Pearson and McDowell ended up sixth and seventh as the series opened a three-race swing in the Northeast.