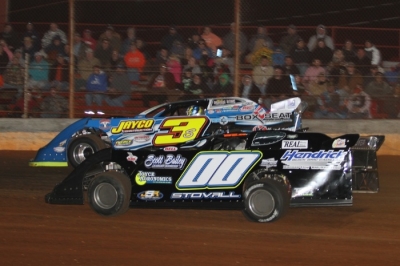 Shirley, who finished second to Walker Arthur of Forrest, Va., in Friday’s race, was followed to the finish by Clayton Miller of Elkton, Ky., in Saturday’s 50-lap main event. Caleb Ashby of Cunningham, Tenn., was third for the second straight night with Justin Wells of Aurora, Mo., and Brandon Sheppard of New Berlin, Ill., rounding out the top five in an event that was postponed one week due to inclement weather.