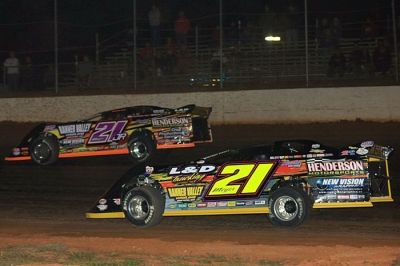 "We had it right tonight," said Moyer who took the lead on lap nine. "We won last night, but it wasn't to my liking. We tweaked on some stuff. It felt like I liked it to tonight."

Anderson was happy to finally wrap up the championship.

"It really was an up and down battle," Anderson said of the season-long points race. "Me and Purkey came down to the wire together. It was a class move by both of us to make it that way. We wanted to make it good for the fans. It did get a little nerve racking knowing I was up front and just had to stay in front of him. I just had to be smart and see what I could do there at the end."