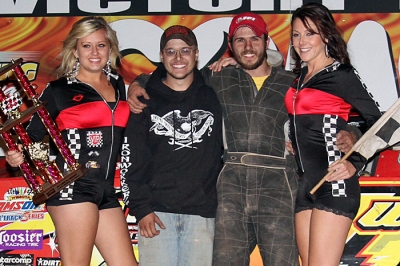 Waseleski captured the finale on the series while Jake Redetzke's ninth-place finish was enough to wrap up his first series championship. | Slideshow

John Kaanta of Elk Mound, Wis., started alongside Waseleski and made a bid for the lead late in the race when the leader encountered slower traffic. But Waseleski held on, and Kaanta settled for second with Darrell Nelson of Hermanton, Minn., in third. Adam Hensel of Barron, Wis., rallied from his 16th starting spot for fourth and Harry Hanson of Eveleth, Minn., rounded out the top five finishers.

Action continues Sunday at Hibbing with the second day of the 33rd annual Labor Day Shootout, including a non-touring Late Model event.