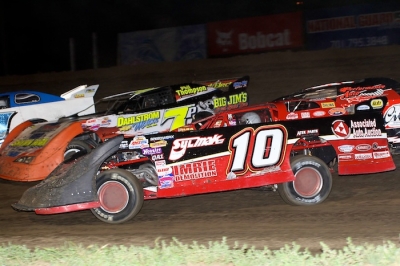 Weiss started outside the front row and raced to a $1,250 victory over Balcaen, who rallied from his 15th starting spot to finish second. Second-row starter Steve Laursen of Cumberland, Wis., was third followed by polesitter John Kaanta of Elk Mound, Wis., and hometown driver Brandon Burke. | Slideshow

Weiss stretches his NLRA points lead along with his points lead on the minitour, which wraps up with a pair of Saturday-Sunday events at Devil's Lake (N.D.) Speedway.

The NLRA action at River Cities was on the undercard of the World of Outlaws sprint car feature, where Steve Kinser topped teammate Donny Schatz.