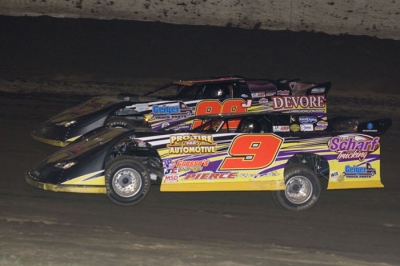 The fifth-starting Smith worked the inside groove and made a backstretch pass on the higher running Kevin Weaver of Gibson City, Ill., pulling away for the victory at the quarter-mile oval.