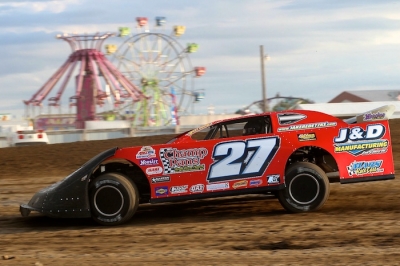 Redetzke earned $2,000 for the victory in the Larry Gerlach Memorial at the Brown County Fair race and leads Hensel by 38 points heading into the Sept. 3 series finale at Hibbing (Minn.) Raceway. | Slideshow