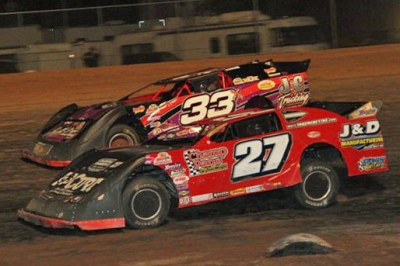 HIBBING, Minn. (July 23) — Polesitter Jake Redetzke of Eau Claire, Wis., led all 100 laps of the third annual Governor's Cup on Saturday at Hibbing Raceway to collect $10,000 and the richest victory of his career.

Redetzke fended off Adam Hensel of Barron, Wis., and survived a challenge from Brady Smith of Solon Springs, Wis., to earn one of the richest paydays of the year for WISSOTA-sanctioned Late Models. | Slideshow | Prelims

The fifth-starting Smith was making a move to overtake Redetke on the 70th lap when a caution reset the field, and he settled for a second-place finish at the 3/8-mile oval.

Darrell Nelson of Hermantown, Minn., took the third spot on the last lap from Ryan Aho of Chisholm, Minn., while Hensel rounded out the top five finishers.

Fifteen of 24 starters were running at the checkers.