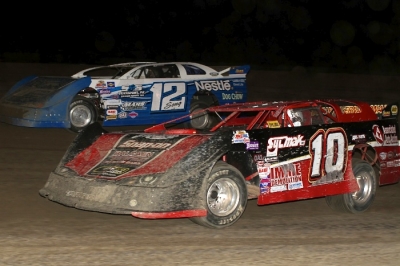 Balcaen started outside the front row and outran polesitter and fellow Canadian Ricky Weiss for the $1,100 victory. A pair of Grand Forks, N.D., drivers, Brad Seng and Steve Anderson, were third and fourth while Matt Aukland of Fargo, N.D., rounded out the top five in the 23-car feature. | Slideshow