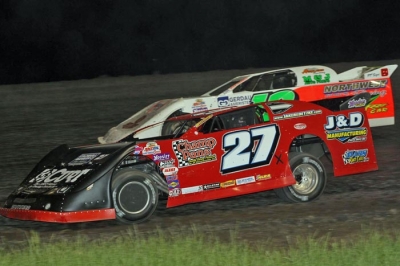 Stewart competed in the Late Model feature with a provisional starting spot, but he got into the wall on the second lap, dropping out in 25th place.