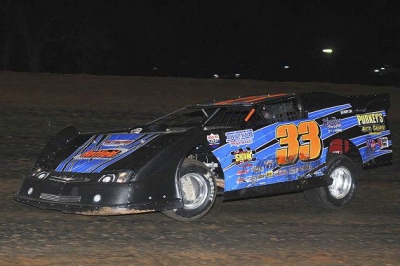 Purkey, who two weeks earlier won another co-sanctioned event in Jetmore, Kan., earned $3,000 for the victory in the event honoring the founder of Andy's Frozen Custard, a long-time racing sponsor in southwest Missouri.

Purkey was in command from the outset with Phillips and Stovall battling for the second spot much of the race. A late-race caution bunched the field, and Stovall ended up slipping back while Moyer charged from his eighth-row starting spot.