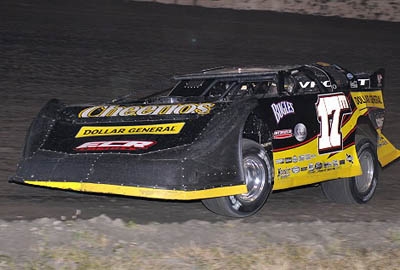 McDowell started outside the front row and battled MLRA points leader Brad Looney of Republic, Mo., early while Friday's winner, Eric Turner of Springfield, Mo., was through after just one lap.

McDowell took command and raced to victory while Purkey held the second spot until Landers took it on lap 20. Purkey's third-place finish drew him within two points of Looney, who faded to a 10th-place finish in the 40-lap feature.