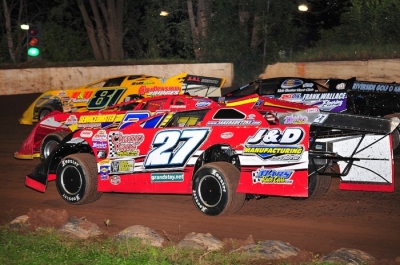 Jake Redetzke (27) heads for the front in his heat race at Red Cedar. (chrisburback.com)

Redetzke won the dash to earn the top spot in Saturday's main event while Justin Fegers of Mound, Minn., will start alongside in row one. Brent Larson of Lake Elmo, Minn., joined those drivers as another heat race winner at the third-mile oval. | Slideshow

The $4,000-to-win event honors Neil “Punky” Manor Jr., a Late Model champion at area tracks who was killed in a highway accident.