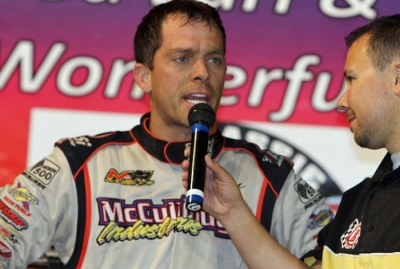 The third-starting Van Wormer was leading Miller when smoke began pluming from his No. 55 with an engine that belched an enormous cloud of dark, gray smoke.