Moyer completes MARS sweep at I-55 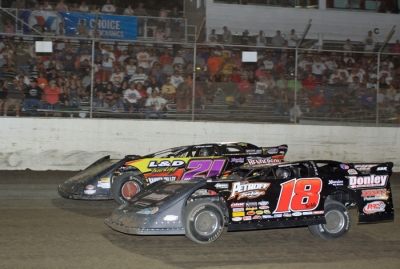 Babb settled for second followed by Jeremy Payne of Springfield, Mo. Illinois drivers Dennis Erb Jr. of Carpentersville and Brian Shirley of Chatham rounded out the top five. Payne led the first half of the 40-lapper before the sixth-starting Moyer took command and opened up a straightaway lead in the caution-free, 12-minute race. All 24 starters were running at the finish. | Slideshow