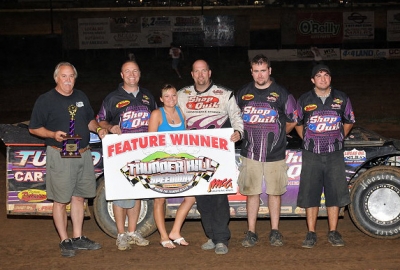 Vaughn jumped into the lead in the 23-car field, but he had his hands full with Anderson and Smith in the early stages. Anderson took over on lap nine and stretched his margin by lap 15. The top three tightened up briefly at lap 20, but Anderson edged back away for the victory.