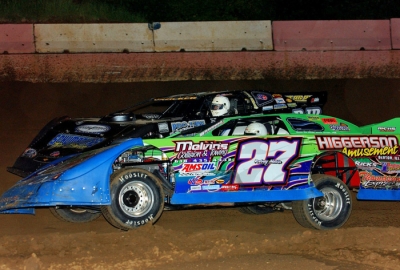 Feger ended up on his lid at the finish after a last-lap, frontstretch tangle with Unzicker. He wasn't injured.