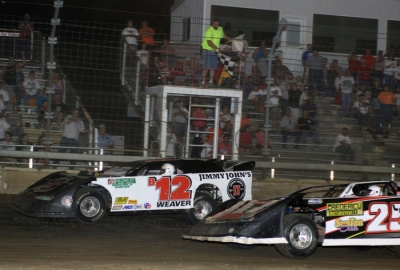 Jason Feger of Bloomington, Ill., led the first 11 laps of the 30-lap feature, but Weaver got past on the low side as Feger slipped back amid traffic. Lance came on strong in the closing laps but fell a half-length short at the checkers on the quarter-mile oval in central Illinois.

Weaver, who swept two Northern Allstars visits to Shepp's last year, is perfect in series competition at the track and has nine career series victories overall.