Phillips wins at Outlaw for third in a row 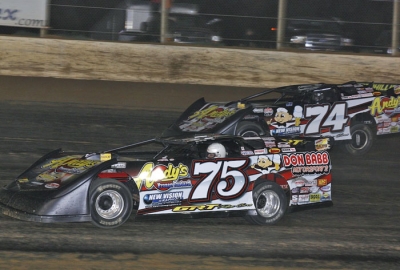 Sixth-starting Jeremy Payne of Springfield, racing as a teammate to Phillips, overtook Phillips on the sixth lap and built a huge lead before a lap-22 flat tire knocked him out of contention; he ended up 11th.