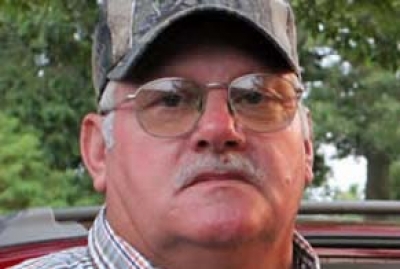 A Malden (Mo.) Speedway employee was killed Friday night when his ATV flipped as he push-started a car during a consolation race, halting the Comp Cams Mid-South Racing Association event, according to series and witness reports.

The investigating Dunklin County Sheriff’s Office didn’t release the victim’s name, but several witnesses at the event in southeast Missouri identified him as a long-time track worker Earl Grubbs. He was 64.

The Late Model driven by Daniel Waters was stalled during the consolation race and Grubbs used the ATV he was riding to push-start the car. The ATV became hooked to the car’s rear bumper on the backstretch and when the car towing the ATV fired and then picked up speed into turn three, Grubbs was violently thrown to the track surface.

"He didn’t accelerate to wide open, but he started picking up speed," MSRA series director and flagger Chris Ellis said. "The four-wheeler was hooked to the bumper and when he entered turn three, it threw him off and knocked him out, but the four-wheeler landed on him. It was a sad, sad deal."

The ATV and Grubbs continued to roll before coming to a rest with parts of the four-wheeler strewn about as an ambulance quickly pulled onto the track and medics attended Grubbs. It was immediately clear he was gravely injured, witnesses said.

Waters had no idea he was towing the ATV, Ellis said, and the accident happened so quickly there was no way to stop him, even with the one-way radios used to instruct drivers.

Track owner Phil Santie told Ellis that Grubbs usually "never pushed cars because he doesn’t have a push bar on his four-wheeler," Ellis said. "He was just trying to help out."

Two-time MSRA champion Joey Mack of Benton, Mo., watched from nearby at the end of the backstretch and felt helpless along with everyone else. Moments later, he was among those who kept Waters from approaching turn three, ensuring him it wasn’t his fault.

"He was walking to the scene and I stopped him, and he asked me if he was going to be OK. And I said, no, no, he’s not going to be OK. We couldn’t let him go any farther," Mack said. "He had no idea he was back there. He had not an inkling that anything was wrong (after his car restarted). ... He was very upset."

Family members, friends and acquaintances of Grubbs were also among the witnesses, including a daughter who works at the track. "I know it had to be devastating for her," Ellis said.

The death was never announced at the track, but one spectator told Mack it was apparent when preparations were initially made to mark off a landing spot for a medical helicopter, but then the markings were removed.

Eventually, Santie — who also serves as the track’s announcer — announced the night’s racing was canceled and that everyone could receive refunds upon exiting. Many didn’t seek the refunds, Rushin said.

"He just couldn’t hardly talk," Mack said of Santie’s announcement. "He was really struggling to talk. ... you can tell when somebody’s about to cry. (His voice) was real low and cracking."

Santie offered to pay Ellis the full MSRA purse, but Ellis accepted only half the money and took it to the drivers with an offer to split it equally among the 38 cars that entered. But in a postrace meeting among drivers that started with a prayer led by MSRA director of competition Rick Siler, competitors voted to return the money to the track and the Grubbs family.

"It’s a nice, classy gesture on their parts to do that," Ellis said. "I guess that’s typical in the racing industry."

Santie, who was hospitalized with chest pains later that same night, made a Aug. 1 statement about the tragic death.

"Earl was a close personal friend I’ve known for 30 years, and his loss is painful to all," Santie said. "Earl will be remembered always as a great friend to those at the track and all that knew him. Race fans and track staff will miss him greatly."