From track and Omaha World-Herald reports 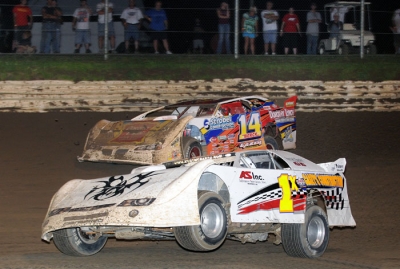 Berck overtook Bo Egge of Kearney, Neb., with four laps remaining in the 40-lap feature for the $3,000 Rumble in the Bullring victory at Eagle, which hosted NCRA competitors for the first time since 2008. | Slideshow

Egge, who started outside the front row and led 35 laps in looking for his biggest career victory, settled for second at the third-mile oval near Lincoln while seventh-starting Al Purkey of Coffeyville, Kan., finished third after holding the second spot most of the race. Springfield, Mo., drivers Terry Phillips and Eric Turner rounded out the top five. Polesitter Travis Dickes of Madison, Neb., led the first lap before being involved in an early accident.