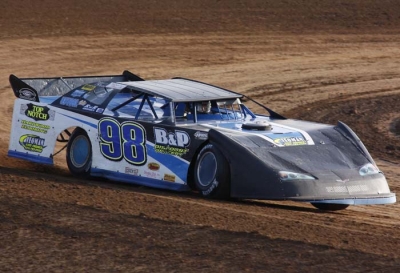 MONETT, Mo. (July 11) — Series points leader Justin Wells of Aurora, Mo., led all 25 laps from outside the front row Sunday at Monett Speedway for his sixth Race Brothers Show Me Racing Series victory of the season. Wells, who has won all but two of the eight series events, earned $1,000.

Randy Zimmerman of Fort Scott, Kan., charged from the eighth spot to second by the ninth lap, and he took the runner-up spot over Shane Essary of Aurora. Darrell Mooneyham of Verona, Mo., in his 39th year of racing, finished fourth while Hall of Famer Ken Essary rallied from 11th to finish fifth.