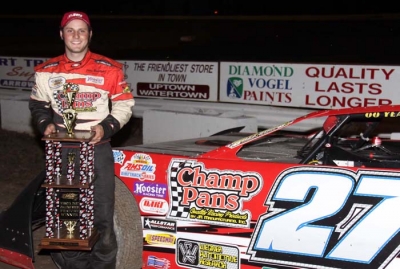 WATERTOWN, S.D. (July 8) — Jake Redetzke of Eau Claire, Wis., become the first two-time winner on the Dart Challenge Series on Thursday with a victory at Casino Speedway. Redetzke started outside the front row and raced to a $2,000 victory, his second of the season and fourth of his career. | Slideshow