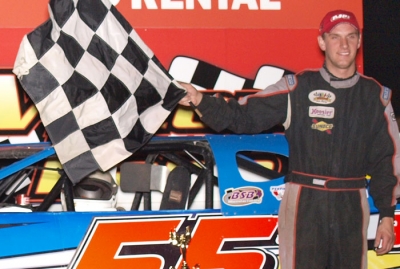 Lance Matthees of Winona, Minn., took second from Doar on the 23rd lap and pressured Mahder amid traffic late in the race, but the leader pulled away at the finish for a victory on the WISSOTA-sanctioned tour. Matthees settled for second with Kyle Peterlin of Hibbing, Minn., in third. Doar was fourth and Travis Budisalovich of Cottage Grove, Minn., was fifth. Outside front-row starter Jake Hartung of Elmwood, Minn., fell out of the top five after 10 laps and ended up eighth.