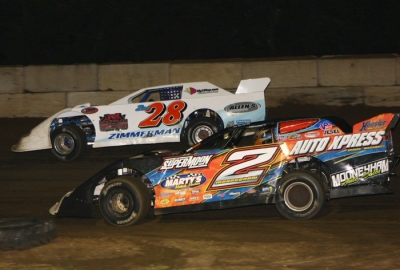 Wells, who charged to the front after winning a consolation race, settled for second followed by long-time Humboldt veteran Randy Zimmerman of Fort Scott, Kan. Rex Merritt of Billings, Mo., and Chuck Comer of Joplin, Mo., rounded out the top five.

Mooneyham started seventh and raced his way into the lead after 11 laps, surviving four restarts the rest of the way for the 25-lap victory. Wells rallied from his 17th starting spot and took second from Zimmerman in the final laps.